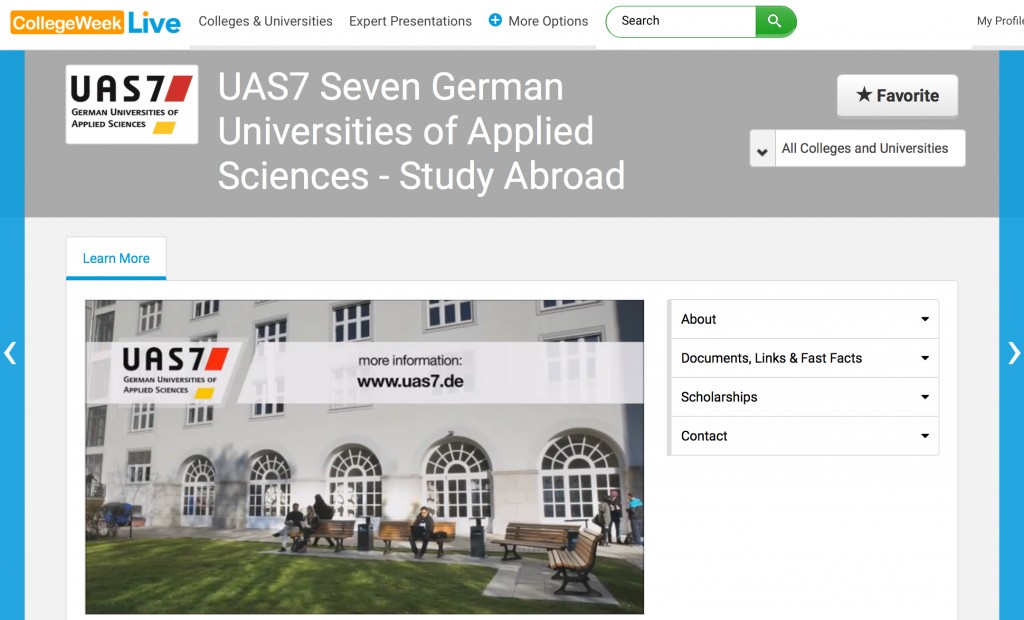 On February 25, 2015 UAS7 participated in a Virtual Study Abroad Fair hosted by Collegeweek-live, the Institute of International Education (IIE), and the U.S. Department of State. As part of the IIE’s Generation Study Abroad initiative, the fair was launched as a pilot project to promote study abroad and internship opportunities for American students.

UAS7 was represented by its UAS7 Berlin and New York offices as well as by International
Offices of some UAS7 member universities. The UAS7 team was available to chat with interested students from 12 p.m. to 7 p.m. and answered questions about the UAS7 Study and Internship Program (SIP+), UAS7 Summer Schools as well as Bachelor and Master opportunities within the UAS7 alliance. During official chat hours UAS7’s virtual booth was visited by more than 100 students, parents and advisors. The UAS7 booth will still be available to visit until May 26, 2015.

The UAS7 team concluded that it was a great opportunity to participate in the fair, especially
because it contributed to UAS7’s visibility in North America but also because Virtual Study
Abroad Fairs might be the new format of higher education marketing.